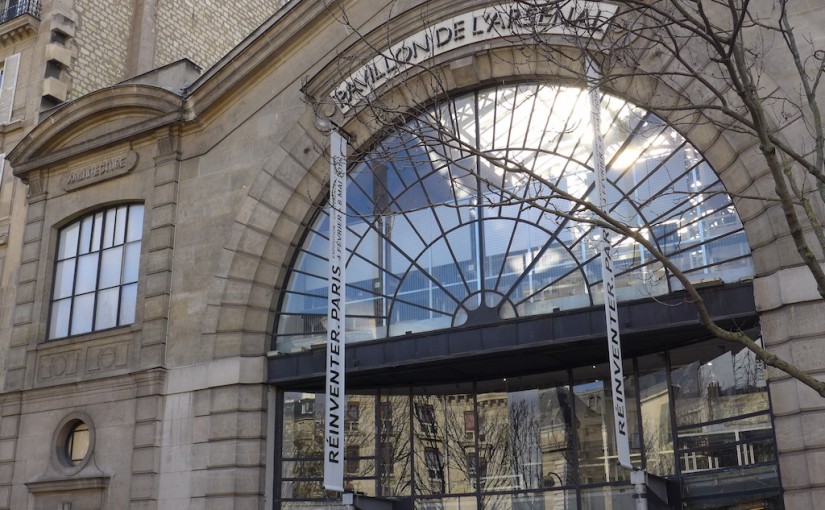 I have just discovered this rich and very instructive permanent exhibition on the occasion of the temporary exhibition ‘Réinventer Paris‘, which is taking place on the first and second floors of the Pavillon de l’Arsenal until 8 May 2016. This temporary exhibition is also worth the visit and shows the 22 innovative urban projects which have just been chosen to develop spaces given by the municipality: not only the winners but also the pre-selected. For each project a lot of photographies, videos, drawings and models are exhibited.

Going back to the permanent exhibition, it shows many reproductions of maps, photographies and a few models to tell the development of Paris from the building of Notre Dame in 1163 until nowadays. One will learn that the present boundaries of the city date from 1860, when Haussmann had annexed the areas between Paris and the Thiers Wall, a wall which used to run a few kilometers from Paris in what was at that time the middle of the countryside and included a series of forts. The Thiers Wall was destroyed in 1919 and replaced by community facilities, parks and housing units, among which many social housing and the Cité Universitaire in the south.

In 1929 Paris annexed the Bois de Boulogne in the west and the Bois de Vincennes in the east. And since that date there have been several attempts to build a Greater Paris… but none of them has succeeded yet! Will Paris Métropole achieve the building of a Greater Paris at last?

I love this exhibition and I really recommend it to all Paris lovers. One will discover there the various steps of the urbanization of Paris, the development of transport and housing facilities through the ages, the main architectural projects which have marked the recent history of our city: from the Eiffel Tower, which was an ephemeral monument devoid of any use built for the 1889 World Fair and supposed to be destroyed after the exhibition, to the Stade de France through La Défense, Roissy, …

And to have some idea of the architectural projects of the future I invite you to visit as well the temporary exhibition: ‘Réinventer Paris‘ on the second floor of the building. Most of the projects are green and some of  them led by ‘1000 arbres’ (1000 trees) are really impressive! No doubt that Paris will turn into a greener city in the coming years: A Greener and Greater Paris?