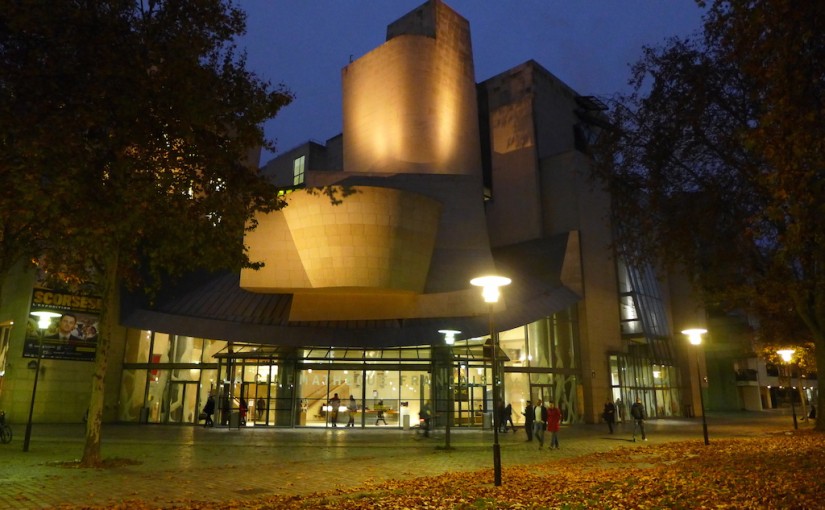 Until 14 February 2016 a magnificent retrospective exhibition dedicated to Martin Scorcese is taking place in the Cinemathèque Française in Paris. One cannot be fond of cinema without liking Taxi Driver, Raging Bull, Goodfellas or Casino. One cannot be fond of cinema without admiring Robert de Niro or Leonardo di Caprio, who have both acted in most of Martin Scorcese’s movies. If you like movies the Scorcese exhibition is made for you!

Ten years ago in September 2005 Martin Scorcese was present at the inauguration of the new Cinemathèque Française in the beautiful building designed by Frank Gehry in the rue de Bercy in Paris. And last month he came back in the same place to inaugurate the beautiful exhibition dedicated to him: “Back home” as he said! Much to our delight!

The exhibition taking place in Paris was originally conceived by the Deutsche Kinemathek in Berlin where it took place in 2013 and has been reworked and enriched to end up at the present retrospective. It shows the influence of the family (the father Charles, the mother Catherine -the ‘Mamma’- and the brother Frank), of the Catholic religion, of the atmosphere of Little Italy where he used to live in New York… on Scorcese’s works: fascinating!

What did I most enjoy?

Here are some pictures that I took on the sly to give you an idea of the atmosphere of the exhibition… as unfortunately one is not allowed to photograph.

And finally one piece of advice: for one extra euro only you can take advantage of your visit to watch one of Martin Scorcese’s films in the beautiful movie theatre of the Cinémathèque according to the programming which changes every day and can be consulted on the website of the Scorcese exhibition.