END_OF_DOCUMENT_TOKEN_TO_BE_REPLACED

The Parc Monceau is doubtless the smartest garden in Paris. It is located in a very elegant and upscale neighbourhood in the 8th arrondissement of Paris and surrounded by beautiful buildings and luxury ‘Hotels Particuliers’.

The Parc Monceau was created in 1769 by the Duke of Chartres who entrusted its landscaping to the painter and architect Carmontelle. Carmontelle put there a variety of follies, which were very fashionable at that time: an Egyptian pyramid, the ‘Naumachie’, which is a pond surrounded by Corinthian columns and inspired by the Ancient Rome, greek columns, a sarcophagus,… During the French Revolution the Park underwent huge transformations.

One had then to wait until 1852 before seeing the Park be redesigned as a landscape garden. And in 1861 the Parc Monceau such as we know it today was inaugurated by Napoleon III : Some of the follies of Carmontelle are still there, including the impressive Naumachie ; many trees have been planted and other antiques and sculptures added. Among them a lovely Venitian bridge dating from the Second Empire: one of my favourites!

END_OF_DOCUMENT_TOKEN_TO_BE_REPLACED 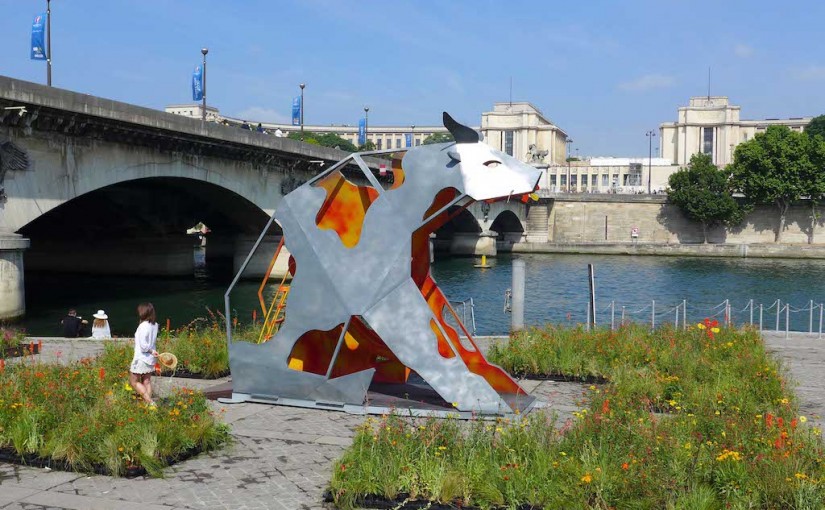